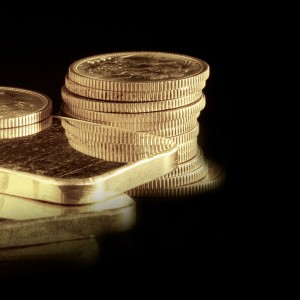 There’s more to the worth of something than just how much of it there is. When people pick metals for their gold-backed IRA, they’re bringing with them a lifetime’s-worth of impressions on each…their interest in jewelry, their knowledge of the tech industry, and whether or not their aunt gave them a bar of silver for their 7th birthday.

So here we’re going to take a short look at some of the aspects of each metal that can influence how people will invest. Interestingly enough, when enough people have these feelings, entire markets can change!

Silver: Because of its low cost-of-entry and high-visibility (which people are perpetually reminded of thanks to jewelry and, believe it or not, sporting event medals like those given out at the Olympics), physical silver has always been a favorite tool in the investment belt. Because of its low prices, especially when compared to gold, platinum, and palladium, people can buy silver coins and bars and give them as gifts, which give people a positive overall feeling toward it. All that plus it conducts better than any other metal, so it will always be useful in industry.

Platinum: Similarly to silver, people are constantly reminded of platinum’s worth…platinum records have sold more than gold records, platinum credit cards are being offered to those with good credit. People think of platinum as super-expensive, but it can actually fall lower than gold during times of extreme economic stress (partly due to gold’s rising price).

Gold: What metal on earth has the history and allure of gold? None. It was a standard of trading for centuries across much of the world. It’s true that gold is rare (though not nearly as rare as platinum or palladium), but its history as a tradable commodity and perpetual use in the jewelry industry continues to hold it up as a standard against which all other investment metals are measured.

Palladium: Palladium, the least recognized of all the metals allowed in a precious metals IRA, probably has the least amount of emotional “baggage” associated with it. Sometimes we have to convince people of the benefits of including palladium, because they’re unaware of its rarity and its usefulness is the manufacturing industry,