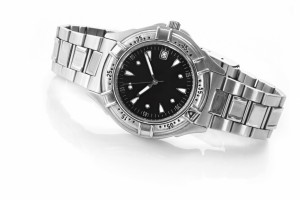 When you hear “gold-backed IRA” you might think that gold is the only metal legally allowed to be invested as an IRA. Not true. Silver, Palladium, and Platinum are also allowed in a precious metals IRA. So what is platinum, and why is it so precious?

Rarity – Platinum is the most rare precious metal you’ve probably heard of (unless you’re familiar with rhenium, rhodium, ruthenium, tellurium, or osmium). Based on annual mine production, platinum is at least 15 times more scarce than gold.

Jewelry – Because of its extreme rarity, some people decide that platinum is the way to go with wedding bands. It also makes an excellent, more expensive alternative to silver if someone is allergic to silver (or if they’re simply interested in wearing something that’s incredibly rare).

Manufacturing – Unlike gold, platinum is much more important to the manufacturing industry. It’s main use is in catalytic converters in cars, because platinum (and its cousin palladium) are excellent at turning dangerous emissions into less noxious gasses. It also has a number of other uses as a catalyst in manufacturing, both established and experimentally.

It seems like platinum has just about everything going for it. In good economic times it becomes considerably more expensive than gold, because its usefulness outstrips the emotional and historical importance of gold.

Interested in including it in your gold-backed IRA? Send your questions our way.